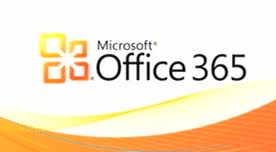 In early December Google announced that they will be changing the cost of their Google Apps for Business subscriptions. For new users, the cost will be set at USD$50 per year as of January 1, 2013. Google also announced that they will be removing the free services option. This move had to be addressed by Microsoft who indeed responded by sweetening their Office 365 deal a little.

After Google’s announcement on December 7, Microsoft jumped in quickly and announced they would be extending their free-trial period by 60 days. When a new user signs up for, or is interested in, Office 365, they are now given a trial period for 90 days.

This extended trial period works in two ways: Firstly, businesses that buy a copy of either Microsoft Office Home & Business 2010, or Microsoft Office Professional 2010 and activate it will get a 90-day free trial of Office 365 Small Business Premium, with support for up to five users.

The other way businesses can take advantage of the offer is by going to the Office 365 website and signing up for the 90-day trial. If businesses choose this route, they will be able to download Office 365 Small Business with support for up to 10 users and be able to try it out for three months.

It’s pretty clear that this new offer is largely aimed at Google users who are unhappy with the recent price changes. Office 365 is a great alternative that can help many companies grow. If you are interested in switching over to Office 365, please contact us, we may have a solution for you.